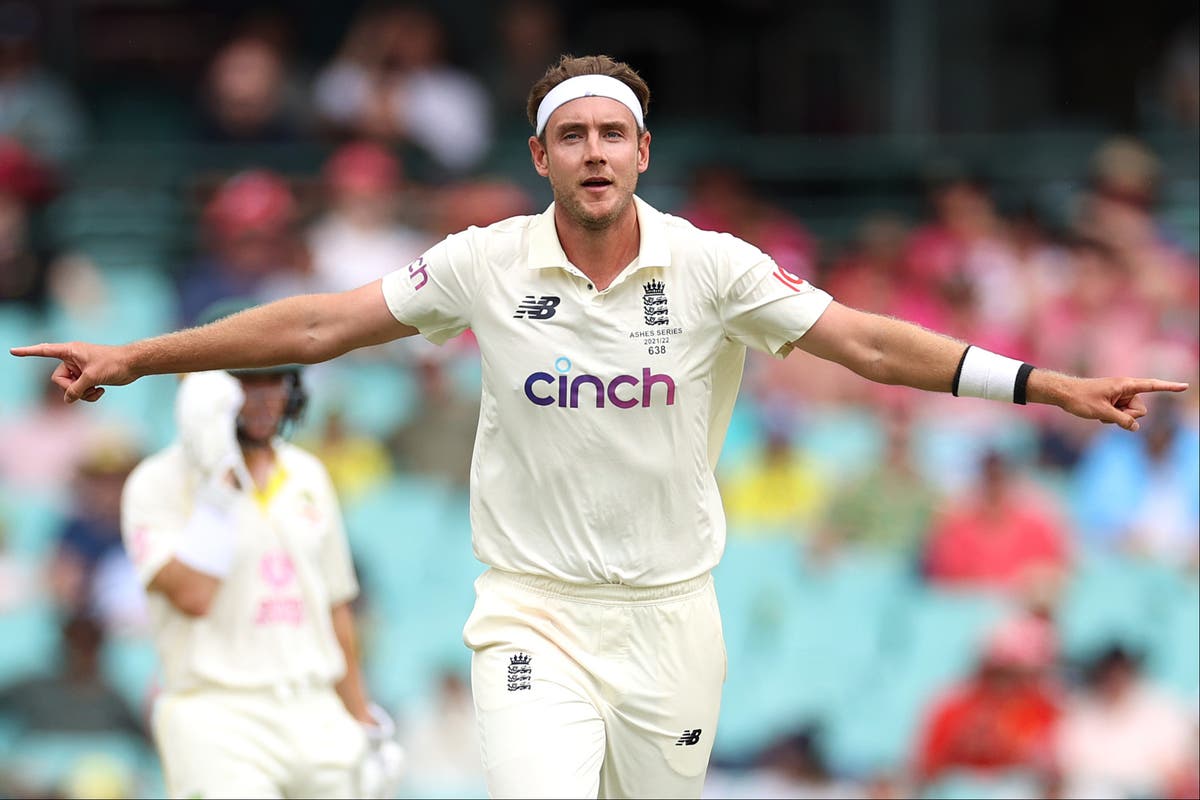 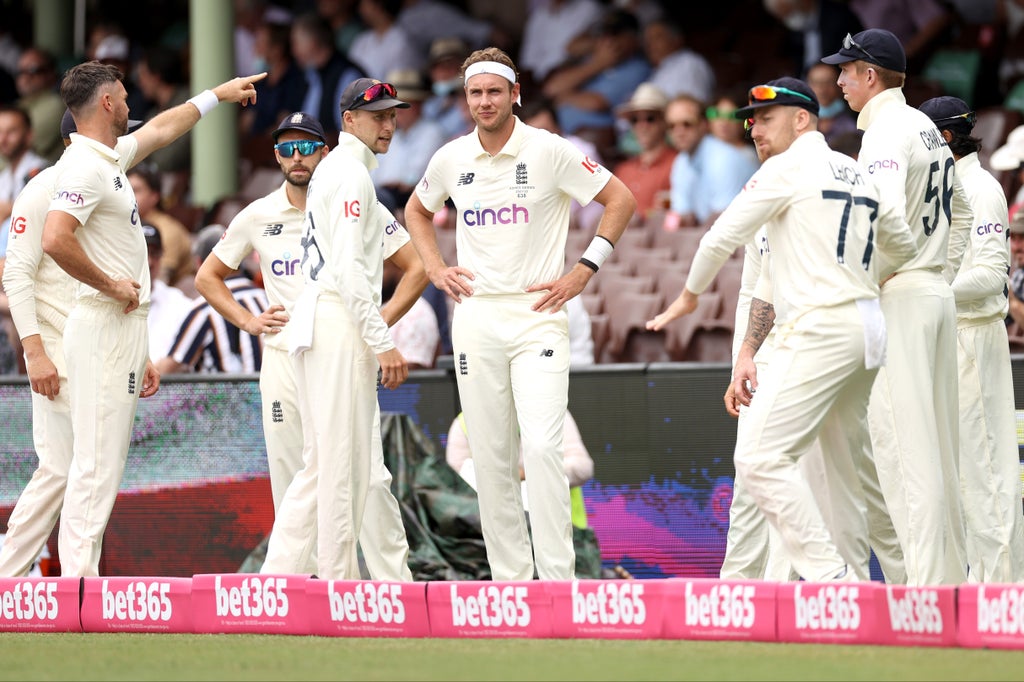 tuart Broad picked up David Warner’s wicket for the 13th time in Test cricket, but rain allowed just 21.4 overs across the first two sessions of the Fourth Ashes Test in Sydney

On a disjointed day, heavy overnight rain delayed the start by 30 minutes, before two mini sessions of 4.3 and eight overs were all that was possible before a premature lunch break. In that period, England went wicketless, but another short burst of 9.1 overs saw Broad dismiss Warner.

When the players left the field at around 2.15pm, Australia were 56 for one. Marcus Harris had held firm, and Marnus Labuschagne was yet to face a ball.

At first, England’s opening bowlers James Anderson and Broad were a little short of their best, with Warner driving nicely.

But after lunch, he edged Ben Stokes just wide of the diving Zak Crawley at second slip to move to 25. England were relieved that Broad, from his trademark round the wicket angle, brought Warner forward to drive, and the same fielder took the catch this time. Warner was gone for 30. In just his second game, Broad dismissed Warner for the first time this series, but 13th overall. Seven of those wickets came in the 2019 Ashes.

With the toss delayed by 30 minutes, Australia captain Pat Cummins had won it and opted to bat. The pitch had a tinge of green, but is expected to play true, and Joe Root said he would have made the same call (although might have been happy not to have to). Root has lost three tosses in a row since unwisely opting to bat first in Brisbane.

Each team made one change. Australia’s was enforced, with Travis Head missing out having tested positive for Covid-19, and replaced by Usman Khawaja.

For England, Broad came in for Ollie Robinson, who has a shoulder niggle.