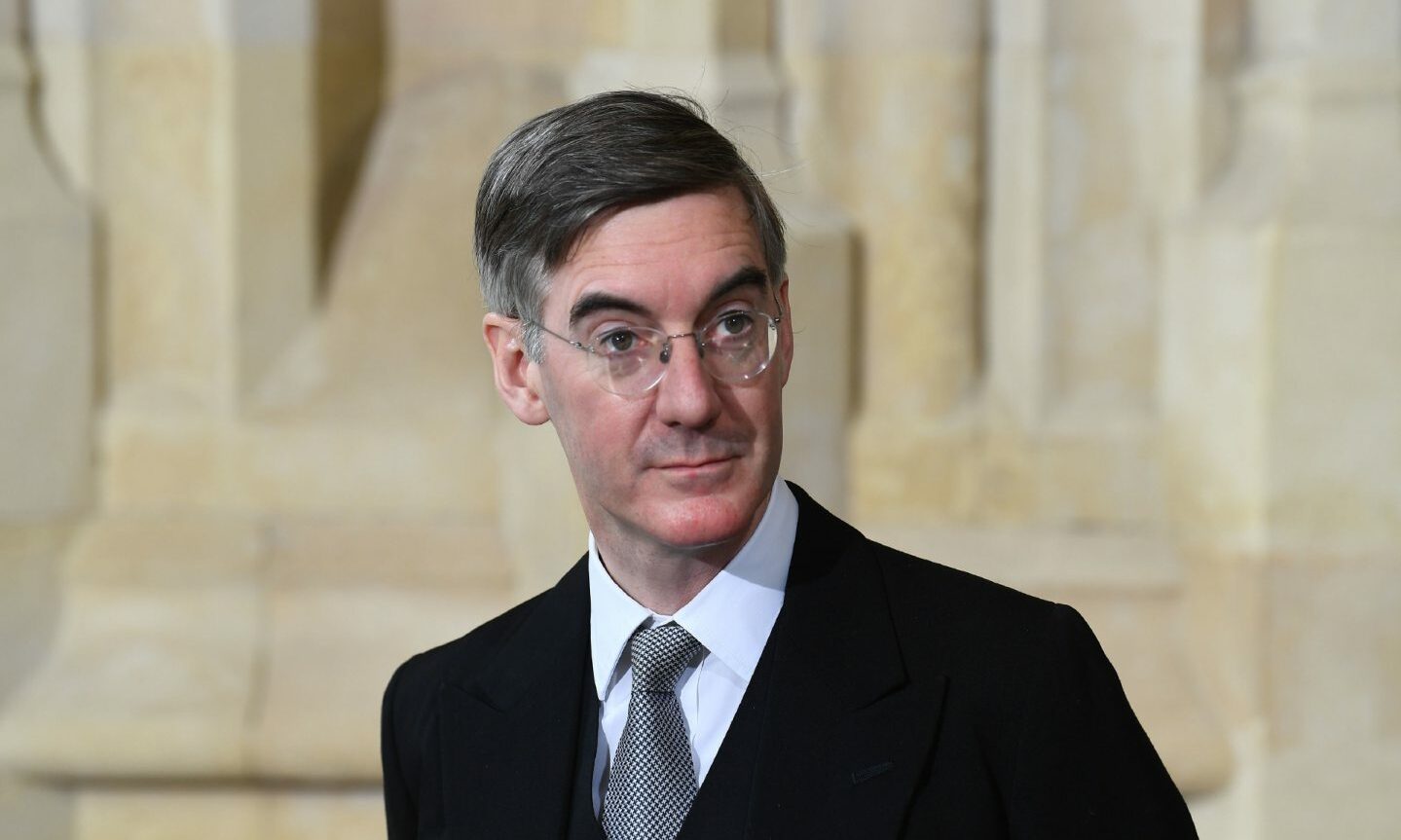 Jacob Rees-Mogg added fuel to the fire of a Tory civil war with his withering put-down aimed at Scottish party leader Douglas Ross.

The senior Conservative minister mocked the Moray MP with a typically deadpan delivery as he defended Boris Johnson against calls to resign.

Some were taken aback by Mr Rees-Mogg’s candid assessment of his Tory colleague live on the BBC.

But cutting jibes and colourful insults have long been a central feature of British politics.

We took a look at some of the most memorable, wittiest and most controversial insults dished out from top politicians over the years.

It’s often claimed modern politics is more divisive than ever, with polarised rivals unable to see eye-to-eye and work together for the good of the country.

But mudslinging at the highest level is far from new in Westminster, as the bitter feud between Benjamin Disraeli and William Gladstone shows.

In the 1800s, both men battled for Britain’s top office and they were willing to do whatever necessary to succeed.

Gladstone headed up the once-dominant and now-defunct Liberal Party, while Disraeli was a charismatic Tory who helped reshape the Conservatives.

Perhaps the most brutal insult exchanged between the two came when Disraeli quipped that his rival would be better left to drown if he accidentally fell into the river.

He said: “If Gladstone fell into the Thames, it would be a misfortune. But if someone dragged him out again, that would be a calamity.”

Winston Churchill: ‘You will still be ugly’

Winston Churchill’s fame as an orator mostly derive from his memorable speeches to Britain during the Second World War.

But even if he served as a unifying figure while the global conflict took place, he was never one to shy away from savaging an opponent or someone he disliked.

When Tory MP Lady Astor claimed Mr Churchill was always drunk, he is said to have replied: “You are ugly. However, when I wake up tomorrow, I shall be sober, and you will still be ugly.”

On another occasion, she is alleged to have told the Tory PM she would poison his tea if they were wed.

A sheep in sheep’s clothing.”

It’s claimed Mr Churchill replied: “If I were your husband, I’d drink it with pleasure.”

There was also no love lost between the Conservative leader and his great Labour opponent Clement Attlee, who defeated him in the 1945 election months after the war ended.

Mr Churchill once described him as a “modest man with much to be modest about”, and also once called him a “sheep in sheep’s clothing”.

Labour’s dominant figure throughout the 1960s and 70s was sharp-witted Harold Wilson.

He served as Prime Minister on two separate occasions, and was never afraid to directly take on a troublesome heckler.

In one famous clip, his speech was briefly interrupted by a protester who launched pieces of paper at him.

But after taking a moment to recovery, Mr Wilson joked: “I am afraid your aim is no better than your material my friend.”

‘You are the weakest link, goodbye!’

After Labour’s landslide election win in 1997, senior Tory William Hague was given the unenviable task of trying to get the Tories back on track following John Major’s exit.

But Mr Hague often struggled against Labour’s newly installed prime minister, Tony Blair, who excelled in the House of Commons against Conservative rivals.

During one heated Westminster debate on spending cuts Mr Blair savaged his Tory rival and accused him of getting his numbers wrong.

In a cutting insult, he said: “I know he’s very keen on summing up policy in six words. Well, how about this? You are the weakest link, goodbye.”

Mr Blair would sail to a second successive election win in 2001, while Mr Hague quit as party leader.

From Stalin to Mr Bean

Gordon Brown’s early tenure as Prime Minister didn’t go quite as smoothly as his predecessor’s when he took over in 2007.

The former Chancellor came under immense pressure amid financial chaos across the globe as he tried to fend off rival David Cameron.

From the political wings, the Lib Dems were also keep to chuck in some cutting comments.

Mocking his struggles, Vince Cable said: “The House has noticed the Prime Minister’s remarkable transformation in the last few weeks from Stalin to Mr Bean, creating chaos out of order, rather than order out of chaos.”

Quips from the Beast of Bolsover

When it comes to politicians famed for their one-liners and quick-witted remarks in the House of Commons, few have ever matched Dennis Skinner.

The left-wing socialist MP – known as the Beast of Bolsover – regularly ripped into Tory rivals and became famed for mocking the annual Queen’s speech.

One of his most famous encounters came when he was ejected from Parliament by John Bercow for referring to Prime Minister David Cameron as “Dodgy Dave”.

Intriguingly, one comment often attributed to Mr Skinner didn’t even come from him at all.

For some reason, he is frequently linked with this political myth. But it’s amusing, so here’s the legend forever wrongly attributed to the firebrand.

As prime minister David Cameron always happy to tear into Labour opponents in the House of Commons when he got the chance.

But someone should have told him times had moved on from the put-downs of his Tory forebears.

In one attempt at humour, Mr Cameron told a female MP to “calm down dear”.

He had taken the catchphrase from Michael Winner. But hardly anyone else laughed and he had to fend off accusations of sexism for a long, long time.

Jacob Rees-Mogg’s remarks may have shocked plenty of viewers last night – but there are plenty of past occasions on which Tories have taken a pop at each other.

Tory heavyweights clashed on opposite sides during the 2016 Brexit referendum when Amber Rudd and Boris Johnson came up against each other live on TV.

Ms Rudd slammed the future prime minister as unreliable and urged Brits not to listen to his arguments for leaving the EU.

She told viewers: “He’s the life and soul of the party. But he’s not the man you want driving you home at the end of the evening.”

Tory Party infighting continued after the shock Brexit vote as David Cameron resigned, leaving a power vacuum to be filled.

Outspoken ex-Chancellor Ken Clarke managed to criticise just about every wannabe Prime Minister as he refused to hold back.

He described the idea of Boris Johnson leading the country as “ridiculous”, suggested Michael Gove would invade three countries at once, and branded Theresa May a “bloody difficult woman”.

With the latest wave of Tory infighting now dominating the headlines, there could be a lot more friendly fire insults to come.

COURIER OPINION: Boris Johnson is unfit to be Prime Minister