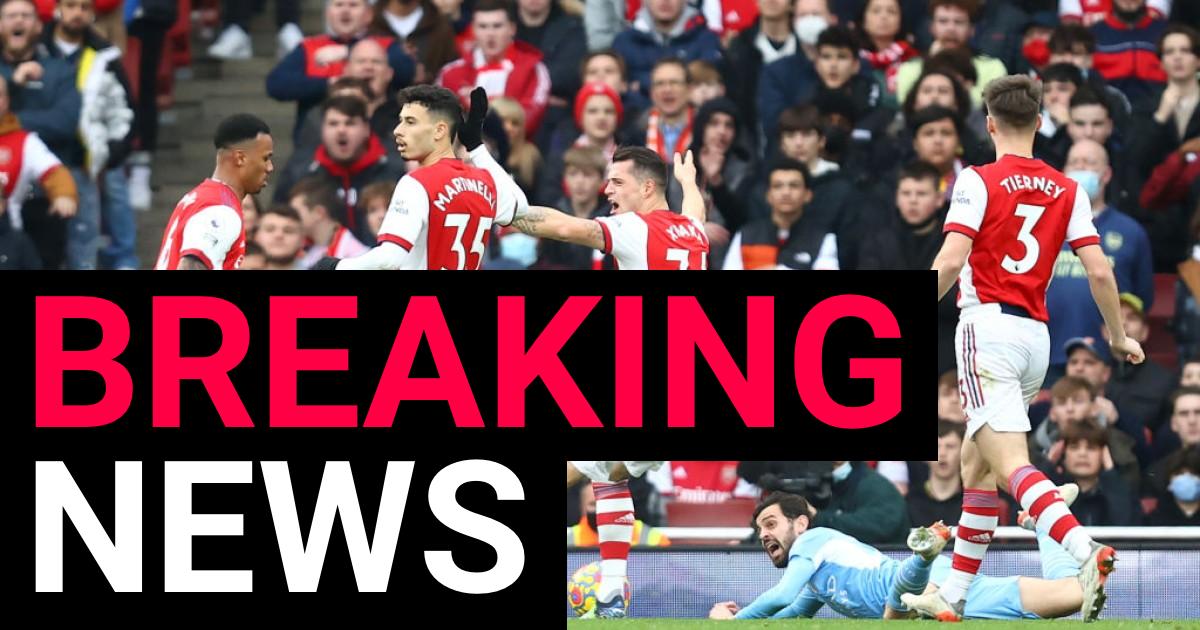 Arsenal have been charged by the Football Association [FA] for failing to control their players in the side’s 2-1 defeat to Manchester City at the Emirates on Saturday.

The charge is in relation to the Gunners’ reaction to Gabriel’s sending off in the second half, when the Brazilian was shown a red card for a second bookable offence.

Gabriel was shown a yellow card for dissent in the 59th minute following a decision to award City a penalty following a VAR review, which showed Granit Xhaka tripped and pulled down Bernardo Silva.

The defender was then shown a second yellow just minutes later when he bodychecked Gabriel Jesus on the halfway line.

Arsenal’s players reacted angrily to the decision to dismiss Gabriel, particularly as it came so soon after the awarding of the controversial penalty.

In a statement this morning, the FA said: ‘Arsenal FC has been charged with a breach of FA Rule E20.1 following its Premier League game against Manchester City FC on Saturday.

The Gunners have until January 7th to respond to the charge.