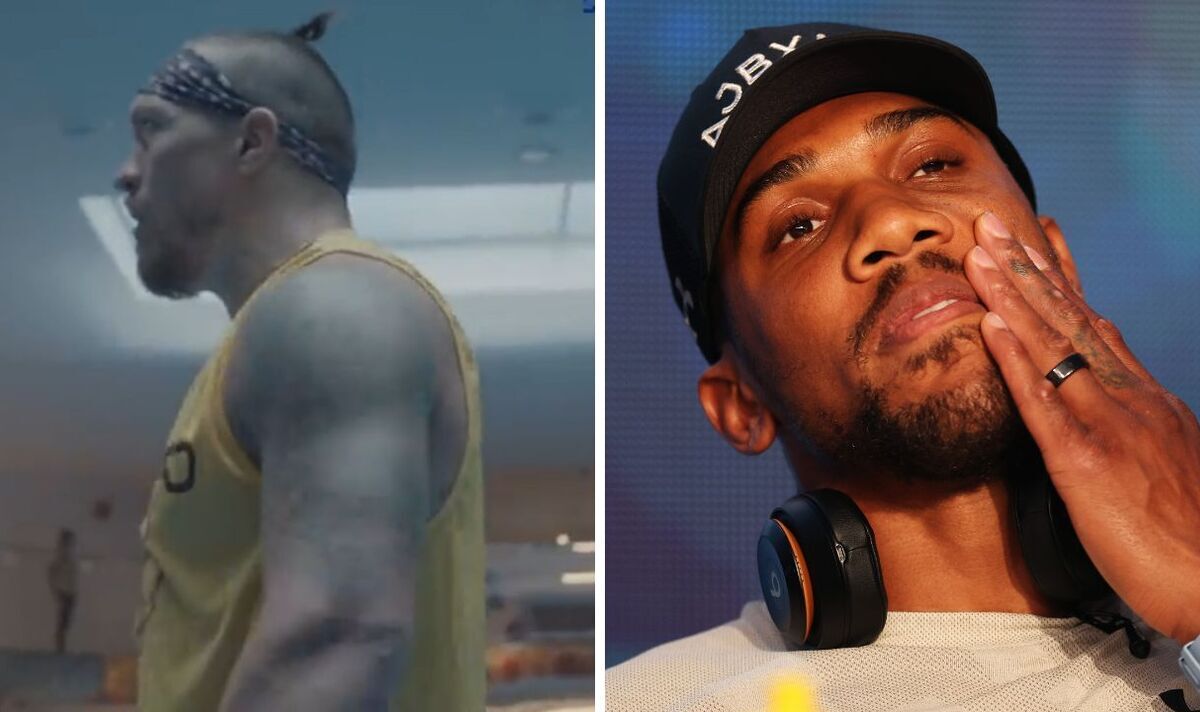 Anthony Joshua has been warned he ‘won’t hear the final bell’ of his August 20 rematch with Oleksandr Usyk after a video has emerged of the Ukrainian’s new muscular physique. Boxing fans have been left stunned by Usyk’s transformation with many flocking to social media to send a warning to ‘AJ’.

In a video uploaded by Sky Sports Boxing on Twitter, Usyk can be seen playing tennis with his team and appears to be packing on the size in preparation for his second fight with the Brit. Sporting a yellow tank top and bulging muscles, Usyk has got the boxing world talking once again.

Twitter user @SherwinJack wrote: “Man is looking big no way AJ sees the final bell in this one.” While @Ken_luvs_Babs tweeted: “Some size now. Could ko Joshua this time round.”

Before @Carlboxer concluded: “Usyk will ruin AJ I’ll be watching the fight on holiday in Greece. Cannot wait for this.”

The unified heavyweight champion is looking much heavier than he did coming into his first fight with Joshua in September where he weighed in at a career heaviest 221lb. Clearly, Usyk is pilling on the mass in order to help him compete up close against Joshua who is expected to adopt a more aggressive approach for the Saudi showdown.

The consensus path to victory for Joshua is to rough up his rival on the inside and use his size and strength advantage to lean on him and tire him out – something Usyk will be hoping to counteract come fight night.

However, the extra weight will likely lead to a reduction in the former undisputed cruiserweight champions’ speed and manoeuvrability which were among his most important assets in the inaugural contest.

All of the noise coming out of Usyk’s camp suggests that he is expecting a new and improved Joshua and has been engaging in far more physical spars in the gym. During an interview with Sky Sports, Aamir Ali, the manager of one of Usyk’s main sparring partners, Nursultan Amanzholov, revealed that Usyk is welcoming ‘gym wars’ and has been sending sparring partners home early.

“He [Amanzholov] says there are days when Usyk goes to war with him. It’s not easy to hurt Nursultan but he’s been on the receiving end a few times. But a lot of his heavyweights have been sent back home, if they can’t stay in camp,” Ali said. “They can’t keep up.”

“He said as soon as [Usyk] came back from Jeddah, from the press conference, the day he arrived back, he phoned up Nursultan who was sitting in his hotel and said to him, ‘I want you sparring today.’ Literally got off the plane and started sparring straightaway and [Amanzholov] said he was in a foul mood. He was in a really angry mood, wanted to go to war. Anthony Joshua’s in trouble.”