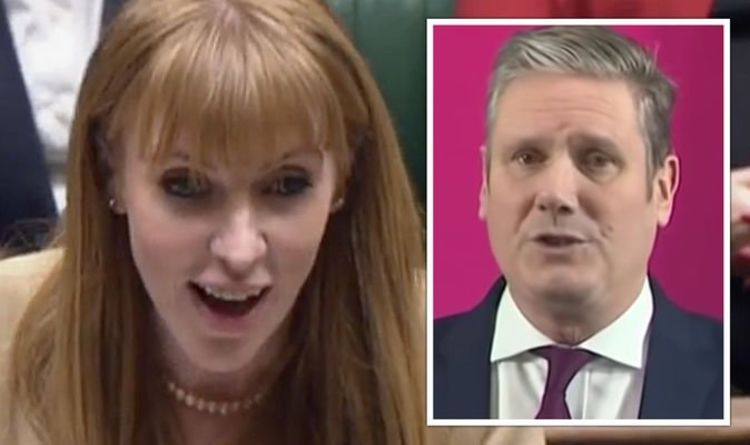 Angela Rayner stood in for Sir Keir after the Labour leader tested positive for Covid for the second time leaving her to take on Boris Johnson during PMQs. But Ms Rayner, who has been long teased for her rumoured leadership bid, was once again slammed for her apparent division with Sir Keir as the prime minister delivered a dig about her Labour ambitions. Ms Rayner took on Mr Johnson head-on and said that she perhaps should get “aspirations” to become prime minister.

The deputy leader asked Mr Johnson how he would “get a grip” of inflation and tax increases.

Mr Johnson responded and said: “It’s great to be here with the right honourable shadow secretary of state for the future of work.

The House of Commons roared at the comment as the Conservative leader said he was focused on getting more jobs for the British people.

As Ms Rayner rose from her seat, she told the House: “Mr Speaker, I’ve heard through the grapevine there may be a vacancy for prime minister soon.

“So maybe I should have aspirations.”