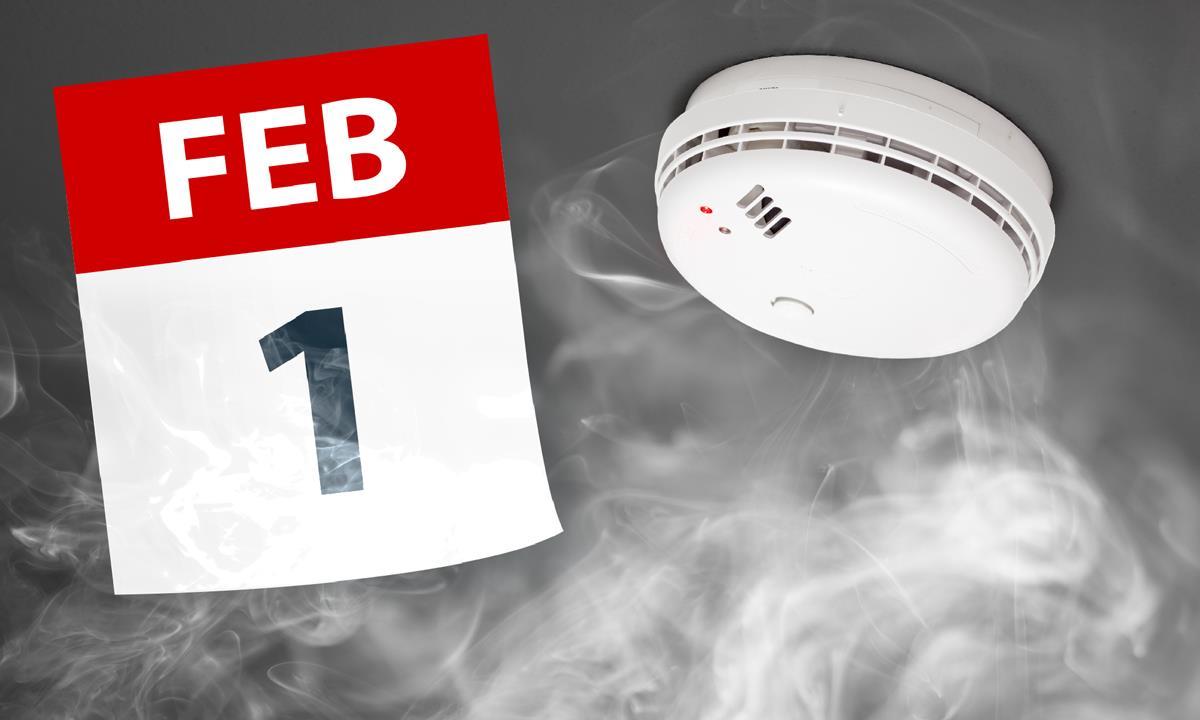 Laws forcing households to install interlinked smoke alarms across Scotland from February will not be delayed, the SNP Government announced.

The government has faced repeated calls to postpone the scheme after concerns were raised about public awareness, affordability and even shortages of alarms.

But in a statement on January 19, Housing Secretary Shona Robison said the government will press ahead with the legislation which can “save lives”.

With so many questions surrounding the scheme, here’s what you need to know about the plans and how they affect homes across the country.

What are the new requirements?

The change in the law means that by February 1 every home will need to have:

All smoke and heat alarms should be mounted on the ceiling and be interlinked which means if one alarm goes off, they all go off.

For those with carbon-fuelled appliances, such as a boiler, fire, heater or flue, homeowners must also have a carbon monoxide detector. This does not need to be linked to the fire alarms.

Why has it been introduced?

The legislation was introduced in response to the Grenfell Tower tragedy in 2017, which claimed the lives of 72 people.

She added: “An interlinked alarm means that when one alarm goes off in one part of the house, the rest also goes off.

“Which of course means if someone is sleeping in a bedroom away from the kitchen where the fire starts, all the alarms will go off and people are alerted to the danger.”

Figures released from the Scottish Fire and Rescue Service show there were 44 deaths due to house fires in Scotland between 2020-21.

What is the cost?

Ms Robison said the alarms come at an “expected average cost of around £220 and sometimes less”.

However, there will be an extra cost associated if a tradesperson is needed to fit the appliances.

There have been reports of supply shortages impacting on the availability of the alarms.

Ms Robison said she was “aware there have been challenges in meeting this demand exacerbated by global supply shortages of component parts and in the supply of suitable tradespeople to carry out work in people’s homes”.

The SNP minister said her officials had assured her on Wednesday morning that “fire alarms are currently available for purchase and delivery where the manufacturer has a UK supply chain”.

However, she said “some manufacturers of fire alarms continue to have supply chain issues with imported components which does limit the availability of their alarms for immediate purchase”.

Ms Robison added that the legislation makes allowance for the “reasonable amount of time needed in this situation”.

Is there any financial help available?

The Scottish Government provided £1.5 million of funding to Care and Repair Scotland and Scottish Fire and Rescue Service to support those who own their own home who are at high risk of fire or who are elderly or disabled.

Care and Repair has dealt with just short of 2,500 inquiries about fire alarms since September last year.

What do I have to do if I rent?

If your landlord fails to comply, you have the right to apply to a tribunal.

Social landlords are carrying out a programme of work to make sure interlinked fire alarms are in place.

How will it be enforced?

Local authorities have the duty for ensuring compliance with the new fire safety standards in their local areas.

However, Ms Robison said councils have confirmed they will be taking a “light touch” approach in terms of enforcement.

“Local authorities will not be knocking at the doors of people’s homes to check whether they have these newly installed fire alarms because we recognise some people will take a bit longer and they will have a reasonable period of time to comply”, she added.

There will be no penalties for non-compliance and no one will be penalised if they need more time.

The Scottish Government does not currently know how many households in Scotland still need these devices fitted.

It will only know this information once the next Scottish Household Survey is published.

Will home insurance be void without alarms?

For households which still fall short of the standards there are concerns insurance policies will be invalidated when the new laws come into place.

Ms Robison said this is “not the case” but she encouraged anyone who is “unclear” on their policy terms and conditions in relation to the new law to speak to their insurer.

The Scottish Government said insurers have indicated that while they may ask whether your home has working fire alarms, they are “unlikely to ask whether the alarms meet this new standard”.

A spokeswoman from the Association of British Insurers said: “Safety is paramount and we would encourage people to install interlinked alarms so that they can evacuate their home safely in the event of a fire.

“Our members are aware of the new regulations coming into force and are unlikely to invalidate a home insurance claim for existing customers who haven’t yet complied with the new law in Scotland.

What does the Holyrood opposition say?

He added: “The minister confirmed today that the Scottish Government still have no idea how many homes are currently still falling short of the requirements, meaning that up to 500,000 Scottish households may still end up being caught out by these new laws.”

Scottish Labour’s housing spokesman Mark Griffin accused the SNP of having “no answers to even the most basic questions”.

He described the decision not to delay the legislation as “completely inexplicable” and he said more has to be done to help the “poorest households meet the costs”.

Mr Griffin added: “There are still serious questions over whether insurance policies could be voided, and the cabinet secretary did nothing to convince us that the supply shortages have been dealt with.

“People up and down the country are worried about being in breach of the law, because they can’t afford an alarm or can’t find an alarm, and some still don’t even know they need a new alarm.”

[All you need to know about new rules in Scotland]