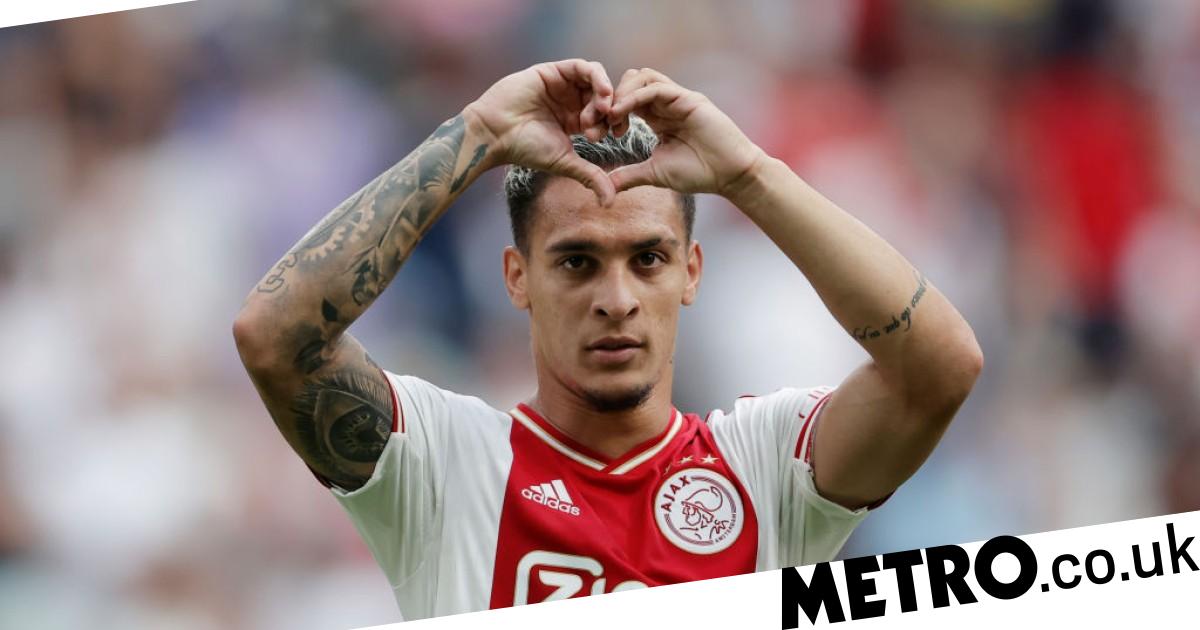 Manchester United have seen their latest offer worth €80million (£67.6m) for Ajax forward Antony rejected by the Dutch giants.

Antony, 22, has been one of Erik ten Hag’s top targets throughout the summer having played a star role under the Dutchman during two title-winning seasons together in Amsterdam.

Ajax however have been eager to keep hold of the Brazil international, raising their asking price for him earlier this summer in a move which appeared to cool United’s interest.

The Athletic report United returned with a huge offer on Wednesday, ever, determined to test Ajax’s resolve.

Another rejection however is likely to see the Premier League side end their interest in doing a deal this summer with the report adding club officials ‘are not optimistic’ of doing a deal.

United view PSV Eindhoven star Cody Gakpo as an alternative option and see his signing as the far more likely of the two.

The Premier League side are preparing a £35million offer for the versatile forward with reports in Netherlands last week claiming ten Hag has already been in contact over a move.

Gakpo’s future could hinge on PSV’s progression in the Champions League, however. The Dutch giants sealed a 4-3 aggregate win over Monaco in their third qualifying round clash and came from behind away to draw with Rangers in their play-off first leg clash this week.

A victory in the return leg next week will seal PSV’s place in the competition’s group stages.

Gakpo, who predominantly plays off the left wing for PSV but is also capable through the middle, is represented by Dutch agency SEG, who also advise Ten Hag.

United are also weighing up a loan move for Chelsea forward Christian Pulisic, with the American thought to be keen on a switch to Old Trafford in order to secure greater first-team opportunities.

However, reports claim the Blues are not willing to sanction a move to a Premier League rival.

Atletico Madrid’s Yannick Carrasco is another option the club are considering.