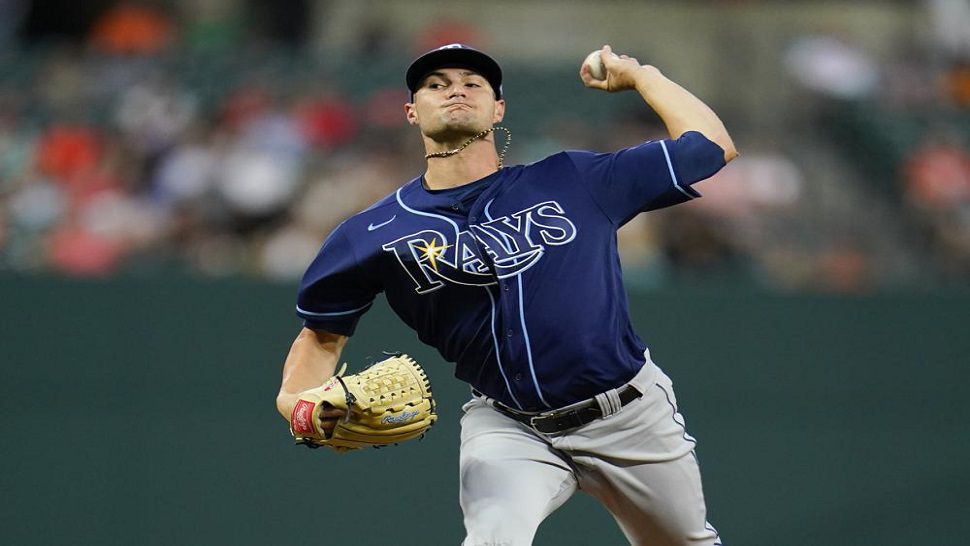 (AP) — Ramón Urías hit a two-run homer in the eighth inning off reliever Colin Poche to undo a marvelous start by Tampa Bay All-Star Shane McClanahan and carry the Baltimore Orioles to a 5-3 victory over the Rays on Tuesday night.

McClanahan pitched seven innings of two-hit ball and was lifted with a 3-2 lead after throwing 81 pitches on a humid night. Poche (2-1) promptly gave up a leadoff single to Adley Rutschman and Urías followed by driving an 0-2 pitch over the left-field wall.

Trey Mancini capped the rally with a sacrifice fly for the surprising Orioles, who moved one game over .500 (49-48) after finishing 52-110 last year.

Keegan Akin (2-1) got the last out in the eighth and All-Star reliever Jorge López worked the ninth for his 19th save.

Isaac Paredes homered for the Rays, who have lost four straight. Tampa Bay got 12 hits but fell to 10-34 when scoring three runs or less.

Pitching for the first time since starting for the AL All-Stars on July 19, McClanahan struck out seven and walked one. His first pitch of the game was hit for a home run by Cedric Mullins and Anthony Santander went deep in the fourth, but that was the extent of Baltimore’s offense against the 25-year-old lefty.

McClanahan has allowed two earned runs or fewer in a franchise-record 13 straight starts. In addition, he’s given up four hits or less in eight consecutive starts.