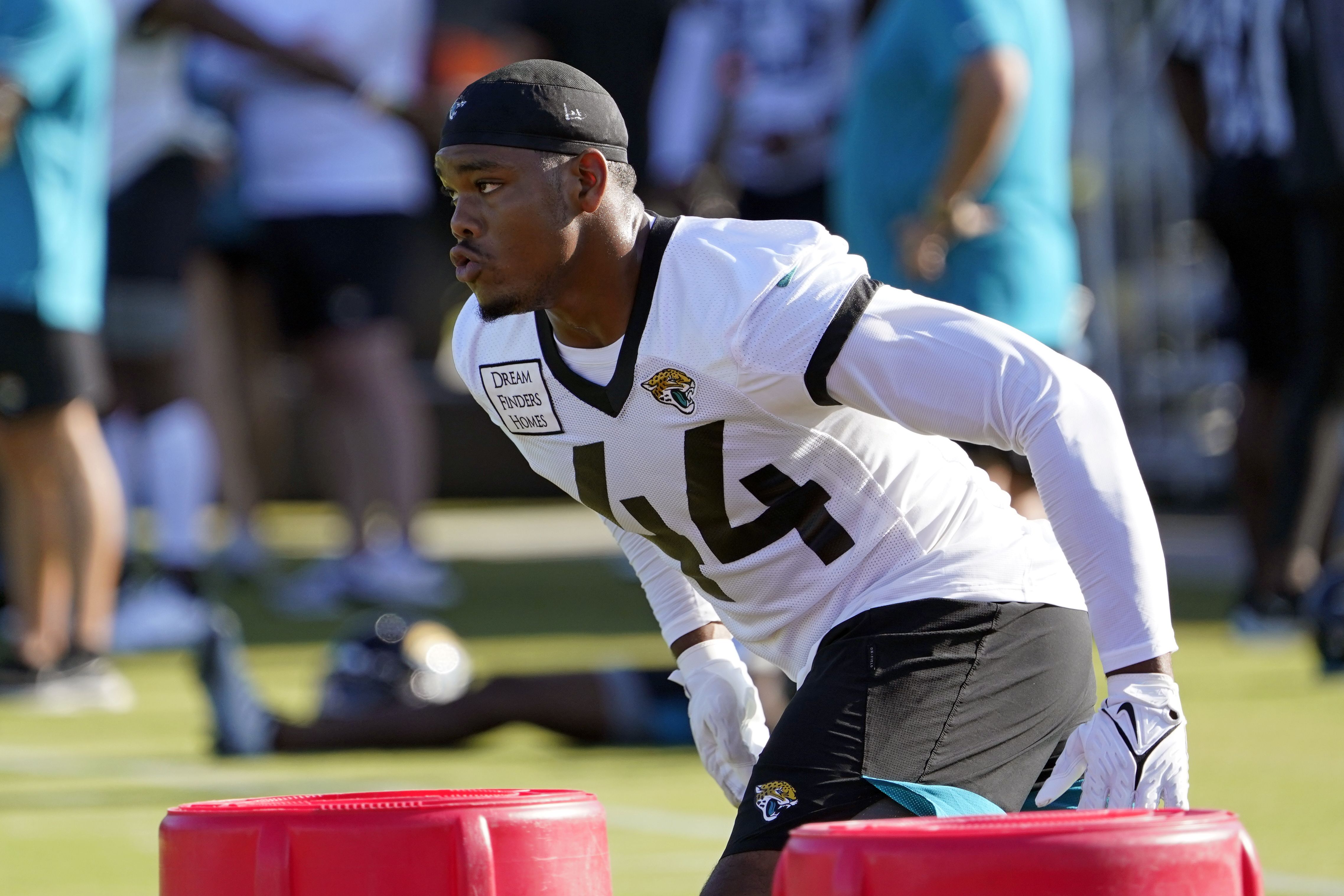 JACKSONVILLE, Fla. – With training camp kicking off, it is time to look at the Jaguars roster position by position.

Each day this week, News4JAX looks at each defensive unit on the Jaguars.

On Monday it was the defensive line. Today, it’s the linebackers.

The Jaguars spent considerable assets this offseason rebuilding their linebacking core. After getting rid of fan-favorite Myles Jack (who still wasn’t down), the Jaguars spent two first-round picks and handed out a big contract in free agency to give defensive coordinator Mike Caldwell the linebacker tools he needed to run his defense. But can these new pieces gel quickly?

How about the offense

Can he return to rookie form? The Jaguars pass rush for years has started and ended with Allen. His best season came as a rookie when he racked up 10.5 sacks. He’s been chasing that mark ever since. Allen has the talent to explode past those numbers this season if he can stay healthy.

The Jaguars traded back into the first round to draft Lloyd. He was one of the top linebackers in this year’s draft class. As a senior, Lloyd racked up 110 tackles, 22 tackles for loss, eight sacks, 10 pass deflections, and four interceptions on his way to earning Pac-12 Defensive Player of the Year and First Team All-Pac 12 honors. Lloyd is a versatile linebacker and will slide into the Jaguars starting lineup as a rookie. His size, speed and coverage ability have caught the attention of his teammates during offseason workouts. A pulled hamstring has him taking things slow early on in camp.

Ready to lead the defense. The Jaguars signed Oluokun during free agency to be the leader of this defense. In 2021 with the Falcons, he led the NFL in tackles. Now, he is out to show the world he is more than just a tackling machine. The former college safety has the speed to make plays from sideline to sideline. Based on the trajectory his career has taken over the past few years, Oluokun could shatter the number put up by Jaguars linebackers in the last decade.

Will he live up to the expectations? The No. 1 overall pick comes with some lofty expectations. Walker will have every opportunity to reach them as he slides right into the Jaguars starting lineup. The biggest knock on Walker is his lack of college production and the perception that he is a raw player. Is that the case or was he simply doing what the Georgia defense asked him to do? Maybe a bit of both. One thing is for sure — Walker has the athletic ability to be a force in the NFL. His combine is the type of thing players dream about. At 272 pounds, Walker ran a 4.5 40-yard dash to go along with some eye-popping numbers in all of the other drills. How much of that ability will show up when he puts the pads on is the real question.

Bust? The former first-round pick has not lived up to the lofty draft status. In two years, Chaisson has only two sacks. But it is too early to call him a bust? Chaisson is 22 years old, younger than Jaguars rookie Devin Lloyd (23). Chaisson is far from assured a roster spot or playing time and will have to earn every rep. Sometimes, competition can bring the best out in people.

Another linebacker? After drafting Lloyd in the first round, the Jaguars surprised everyone, including Muma, when they selected him in the third round of the draft. Coming out of Wyoming, Muma was considered one of the best linebackers in the draft. At pick 70, he was just too good for the Jaguars to pass up. Muma has said the coaching staff has talked to him about a possible role in the defense as a “money backer” which is a fancy way of saying he could play in passing situations. Muma’s impact as a rookie will most likely come on special teams unless there is an injury.

A reunion with his former coach. Before joining the Jaguars, Russell spent 2020 with the Bucs where he was coached by now Jaguars defensive coordinator Mike Caldwell. Russell made a home for himself on the Jaguars special teams units in 2021.

Hometown Hero. Quarterman played high school football at Oakleaf and is going into his third season with the Jaguars. With the Jaguars bringing in three new inside linebackers this offseason, Quarterman will have his work cut out for him if he is going to earn a roster spot. His skills as a blitzer should fit well with what Mike Caldwell plans to do with the Jaguars defense.

Abrupt end. The 2021 sixth-round pick had his season come to a screeching halt during OTA’s when he tore his ACL. Smith will spend the season on the injured reserve and should e ready to go for 2023.

An undrafted free agent from Norfolk State, in 2021 he racked up nine sacks and was named to the first-team All-MEAC. Dixon has upside as a player and will look to earn a spot as a backup edge player.

After bouncing around in 2021, Jones hopes to find a home in Jacksonville. The former Notre Dame standout made appearances in 15 games for three different teams in 2021 with most of his snaps coming on special teams.

The Jaguars signed Adams at the tail end of last season. The veteran linebacker will need to make his mark on special teams to earn a spot on the final roster.

An undrafted free agent from Arkansas, he had a stellar career with the Razorbacks. In 2021, Morgan won the Burlsworth Trophy as the nation’s best player who started as a walk-on. In, 2020 he was first-team All-SEC. Morgan racked up more than 100 tackles in 2020 and 2021.

Third-year pro that the Jaguars picked up this offseason. The former Ohio State Buckeye is on his 3rd team in 3 years.

Third-year pro who spent last season as a backup for the Bengals. Ray joined the roster following Jordan Smith landing on IR.

The Jaguars rebuilt linebacker unit is flush with talent. The biggest question is how quickly the rookies can come into their own. If Lloyd can pick up where he left off in college and Walker lives up to his status as the No. 1 overall pick, then the Jaguars linebacking core will be the strength of the defense. But those are big ifs. The only sure thing in this group is that Oluokun, if healthy, will tackle anything moving on the football field.