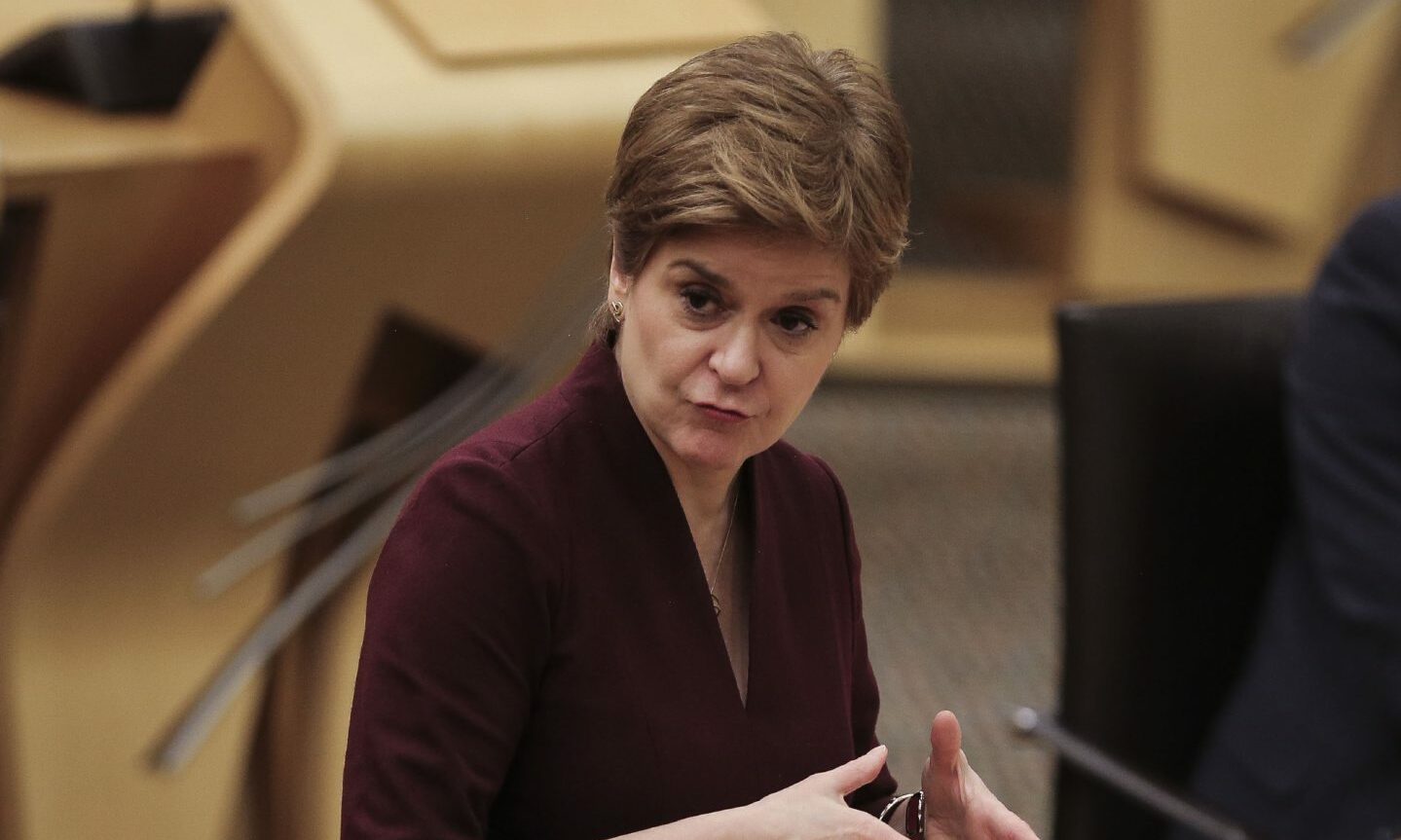 The First Minister was updating the nation on the wave of restrictions imposed on Scotland after Christmas Day to tackle the highly contagious Omicron variant.

On Tuesday afternoon she confirmed some measures will be eased from January 17 – with other curbs to be relaxed later if progress continues.

Here are five things you need to know from the SNP leader’s update to Holyrood this afternoon.

1. Football crowds can go back to games

Ms Sturgeon confirmed the three-week ban on crowds of more than 500 going to outdoor live events will be axed from next Monday.

Today’s announcement means Scotland’s Six Nations rugby games will be able to take place at Murrayfield with fans in the stadium.

Live music gigs scheduled for outdoor venues will also be allowed to go ahead again.

The SNP leader said: “I can confirm today that the attendance limit of 500 at largescale outdoor events will be lifted from Monday, 17 January.

“That means, for example, that spectators will be permitted again at major outdoor sporting events, including football fixtures scheduled for early next week, and the forthcoming Six Nations rugby matches.”

2. Update on pubs and nightclubs

Nicola Sturgeon confirmed rules would remain in place for another week in hospitality venues.

It means nightclubs will remain closed and largescale indoor events will not be able to go ahead yet due to social distancing requirements.

Pubs will also only be able to provide table service for customers.

“I hope this will allow us to lift the other protective measures – limits on indoor live events, table service in hospitality and distancing in indoor public pleases – from 24 January,” she said.

Proposed new rules change would see venue bosses forced to look over 50% of guests at events with more than 1,000 people, with checks capped at the same number.

But the SNP’s changes were criticised by Scottish Tory leader Douglas Ross who claimed vaccine passports as ineffective.

The government cannot even prove that this scheme reduces the spread of the virus.”

He said: “It is so disappointing to see the government again looking to extend the vaccine passport scheme.

“Scottish businesses, jobs and our economy are set to be hit harder – even though the data is more positive. The government cannot even prove that this scheme reduces the spread of the virus.

“This move will have damaging consequences across our economy.”

It was also confirmed that Scots will need to get a booster vaccine for their Covid passport to work from Monday, unless their second dose was less than four months ago.

Ms Sturgeon said she was “optimistic” that curbs in recent weeks had helped to stem the Omicron surge.

A total of 10,392 cases were confirmed in the past 24 hours amid estimates positive cases per day – including those missed in official statistics – may have peaked at 30,000.

Initial projections left government bosses fearing infections would reach as much as 50,000 per day.

The First Minister said there were grounds for “cautious optimism” with hospitalisations not yet reaching previous peaks.

It is very likely that the situation we face now would have been even more challenging without the renewed sacrifices made by people across the country.”

She said: “Our central projection last month was that new infections could reach 50,000 a day by early January. This has not so far materialised.

“In other words, it is very likely that the situation we face now, though serious, would have been even more challenging without the renewed sacrifices made by people across the country.”

She added: “The situation in Scotland just now is undoubtedly serious but perhaps less so than it might have been, and there are also some signs that we may be starting to turn a corner.”

Schools will be able to spend an extra £5 million to provide ventilation.

Teaching unions and rival parties hit out at the SNP last week and said they were not doing enough to ensure schools were safe.

Cash was previously given to local councils so they could install CO2 monitors to check when more airflow is needed in classrooms.

The EIS union claimed the government should not rule out closures if necessary – but the SNP leader has said keeping schools open is one of her priorities.

On Tuesday Ms Sturgeon said: “I can confirm today that we will allocate an additional £5m of capital funding to local authorities and funded early learning and childcare providers.

“This is in addition to the money previously provided for CO2 monitors and will support any remedial work that councils need to do to improve air flow and comply with the new guidance.”